5 Odors in the Home and What They Mean 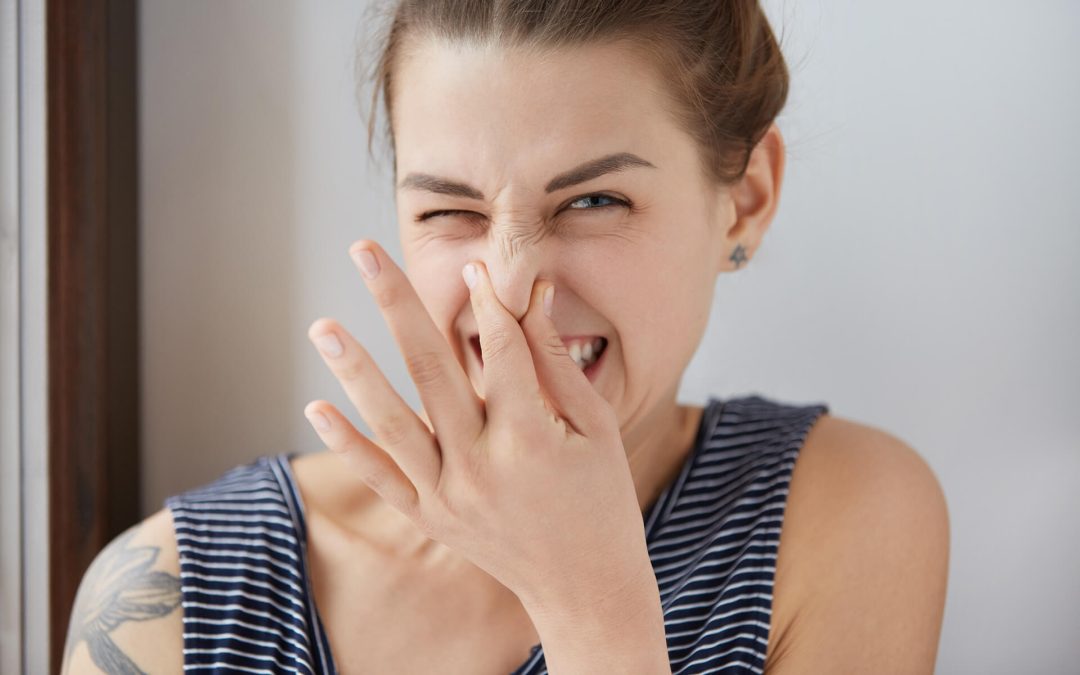 Nobody likes their home to smell bad. Fortunately, the sources of bad odors in the home can usually be traced quite easily. If a strange odor has recently been lingering around your home, it’s important to find the source and fix the problem.

When Unusual Odors in the Home are Signs of Problems

Here are a couple of examples of when a strange odor in the home could be caused by something much more serious than a rotting banana.

A rotten egg odor might actually be life-threatening. For added safety, gas companies put an odorant in their gas that smells surprisingly similar to rotten eggs. So if you walk into your home and smell rotten eggs, immediately be on the alert, particularly if you don’t eat eggs. Do not switch on any appliances or lights. Just get out of there immediately and call the gas company.

Musty Odors in the Home

A musty odor means that mold or mildew is silently growing somewhere in the house. And in case you are not already aware of this, mold doesn’t just smell bad, it can also be toxic. It releases microscopic spores that float around in the air. When inhaled, these can cause allergies and respiratory diseases. Schedule a professional mold test.

Many people don’t know that a fishy odor in the home might have nothing to do with fish. A fishy smell is often a sign of an overheating or burning electrical component. It can come from frayed or loose cords or wires, faulty outlets, or overloaded circuits. Turn off the circuit breaker and call an electrician.

A Strong Sewage Smell Coming From Your Bathroom

As far as strange odors in the home are concerned, this one is quite common. If there’s an unusually strong sewage smell coming from the bathroom, it could point to a clogged vent pipe or plumbing system, a dry P-trap, or even a broken sewer pipe. If adding water to the P-trap doesn’t fix the problem, call a plumber to investigate.

The Smell of Something Decomposing

If there is suddenly a lingering smell of something decomposing in your home, it might simply mean that an overripe fruit is silently decaying somewhere. It could, however, also be a sign that a rat, mouse, or similar type of animal has died somewhere in the home. It could be in the attic, ductwork, chimney, or the back of a kitchen cabinet. If you are unable to locate the source of the smell, you might have to call a professional to inspect.

Elite Home Inspections offers inspection services to Louisville and the surrounding areas of Kentucky. Contact us to request an appointment.